Learn about company news and keep up with the latest information

Learn about company news and keep up with the latest information

Respect knowledge, respect talents and respect every employee of the company

Respect knowledge, respect talents and respect every employee of the company 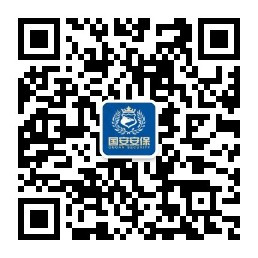 Page view
[Abstract]:
As we all know, China’s security service industry is a new service industry that was created and developed during the initial period of reform and opening up. The security management system at that ti

As we all know, China’s security service industry is a new service industry that was created and developed during the initial period of reform and opening up. The security management system at that time was determined by the planned economy’s thinking and management model. The security service company was established by the public security authorities and was established by public security agencies. Direct leadership and management. It can be said that this system has played an active role in the early development of China's security service industry. With the gradual improvement of China's market economy, the old management system has seriously hampered the healthy and orderly development of the security service industry. Its disadvantages are reflected in: First, the integration of government affairs and management; the separation of government and enterprises; and the lack of business autonomy; second, monopolistic management and painting, and weak competition; third, the single investment entity cannot establish a modern enterprise system in the true sense; Fourth, practitioners have low wages, difficulty recruiting, high turnover rate, and low quality, and are trapped in a vicious circle. Fifth, the security market is a mixed bag of good and bad, lacking necessary regulations and supervision.

After joining the World Trade Organization in 2001, China will fully integrate itself into the world economy. All industries and industries face not only competition in the domestic market but also greater competition in all aspects of the international market. This is also true of the security industry, especially After the implementation of the Regulations on the Management of Security Services (hereinafter referred to as the “Regulations”), the security industry in China is facing enormous challenges and opportunities. The survival of the fittest is the natural law and the basic law of the market economy. Therefore, in order to survive in the fierce competition, it is necessary to expand itself. The restructuring of existing security service companies has become an inevitable choice for the security industry to adapt to market competition.

Trends in the development of security services

With the promulgation and implementation of the "Regulations," China's security service industry has ushered in a leap-forward development opportunity. An open, well-supervised and sustainable modern security service market will gradually take shape. This is mainly manifested in the following aspects:

The first is the standardization of security service management. After the implementation of the "Regulations," the separation of management from the public security organs will no longer directly operate the security service company, which will help it better perform its supervisory duties.

The first is joint-stock reform. Reforming the joint-stock system of the security service company, with the Central Government’s “Decision on Major Issues concerning the Reform and Development of State-owned Enterprises” as a guideline, establishing a modern enterprise system in accordance with the relevant policies and regulations of the State and its provincial and municipal state-owned enterprise restructuring to achieve clear property rights, The purpose of clear powers and responsibilities, separation of government from enterprises, and management science. The company organized a security service company to conduct capital clearing, capital verification and asset assessments, and formulate an implementation plan for restructuring. According to the implementation plan, state-owned assets were bought out once by the restructured new company, and all state-owned assets were withdrawn. The new company is formed by the company’s employees in the form of shareholding companies. The original company’s creditor’s rights and debts were all received by the new company. The employees were all resettled by the new company and signed the labor contract again. Security service companies in some provinces and cities have already carried out reforms of the company’s shareholding system and reorganized development companies.

The second is the group operation mode. Through mergers and acquisitions, restructuring, and other methods, we will implement strong and strong alliances, expand the scale of enterprises, strive for economies of scale, and increase our ability to compete and resist risks. Security service companies are labor-intensive companies with limited market resources. How to integrate resources and continuously improve the market competitiveness of enterprises is one of the issues that the industry continuously considers. At present, some security service companies in China have embarked on the road to group management, gradually forming economies of scale, and have great influence in the country and even across the country. The verification of the market and the continuous improvement and development of security service companies by taking the grouping road can enable enterprises to have strong strength and strong resistance to risks. For instance, Wuhan Security Group Co., Ltd., Kunming Security (Group) Co., Ltd., and Hainan Golden Eagle Security Group Co., Ltd. have embarked on a model of strong alliances and group operations.

Reflections on the Reform of Security Companies

First, the overall transfer, that is, on the basis of clearing capital and nuclear assets, transfer the employees of the police and public security organs who have served in the security service company from the company to the public security agencies, and integrate the security service company as a whole (including human and financial assets and creditor’s rights). Debt) is handed over to the state government department of local government for management. Whether it is reformed and how it is reformed is decided by the state-owned assets department.

The second is the transfer of the agreement, that is, the transfer of the entire package (including the employee’s creditor’s rights and debts) agreement of the security service company to the unit or individual on the basis of the clearing and verification of the capital, mainly to the existing company’s management personnel and employees. The relevant departments of provinces and cities signed the agreement.

Third, the public auction, that is, on the basis of clearing capital and nuclear assets, after evaluation, the overall package of the security service company (including employees’ debts and debts) has entered the property rights trading center and is publicly auctioned to the public.

Fifth, the changes in the main body and the system remain unchanged, and the investment entity of the security service company after the restructuring will be changed to the state-owned asset management department and other systems remain unchanged.

The first is to understand the new situation in the security industry. Taking into full account the cruelty of the security industry in the market economy environment and preparing for the competition, we must start from the perspectives of national stability maintenance, overall industry strategic framework, maintenance of public security, and construction of group prevention and group management systems, etc. Advantages of the enterprise, grasp the opportunity, establish the positioning of security service products, and establish a security service model that has the characteristics of the company and meets the needs of social development.

The second is to learn advanced security concepts. For more than two decades, public security agencies have been dispatched by public security agencies to manage security companies, making the management of security companies in China evidently have a strong administrative management. After the existing security service company is restructured, the original management methods of security companies will be eliminated to varying degrees. Learn to use the methods of enterprise management under the conditions of the modern market economy, absorb advanced foreign security management concepts, adapt to the requirements of the socialist market economy, standardize and improve the enterprise legal person system, establish clear property rights, clear responsibilities and authority, separate government and enterprises, and manage science. Standardized operation of modern security management system.

The third is to train high-quality security teams. As a third industry, the security service company must improve the service quality in order to survive and develop, and win the market with service quality. Cultivating high-quality talents is the key to providing high service quality. The ultimate competition of enterprises is the competition of talents. Therefore, training talents should be a top priority for the company's development and growth, and security human resources management must be introduced to match modern enterprises. System to improve the quality of the construction of the security team.

Fourth, we must properly handle personnel issues. It is very important to correctly handle the relationship between personnel retention and retention in the process of restructuring, especially the management personnel with the identity of a police officer in a security service company to stay with the manager of the security department, the head of the security team, and the head of the management team employed in the existing society. It is also very important to properly handle the retention of the company’s existing employees is a major issue in this reform and is also a key issue. Therefore, after the restructuring, the issues related to personnel retention, treatment, etc., of the security company must be properly treated, scientific decision-making should be made, and good coordination and good coordination should be ensured to ensure the stability of employees in the enterprise.